We are the weirdos, mister : Our guide to dark occult style.

Alternative fashion has certainly taken a dark turn towards the occult with this macabre look. Mixing up gothic alternative clothing to give our wardrobes a darker tinge, and no, it's not down to the layers of opulent crushed velvets that we've been stockpiling on, honest.. 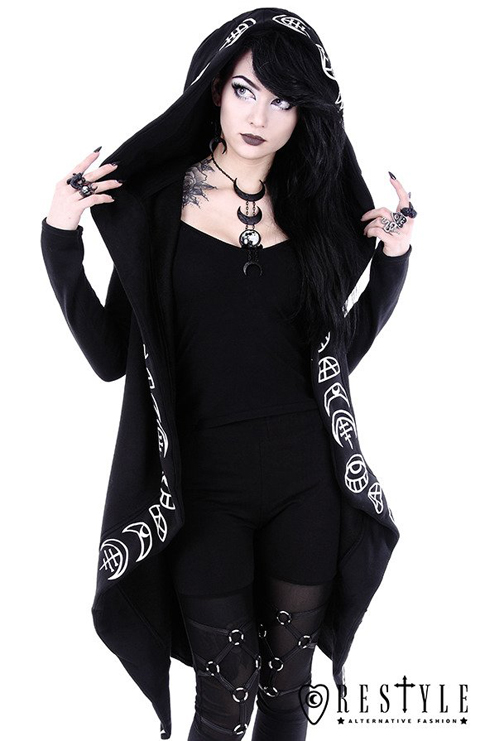 To the younger generation, cult films like The Craft are only just showing up on their radar, but we've been copying Fairuza Balk's wardrobe for decades now. With a re-boot of this iconic 90's film on the way, alongside cult series like Netflix's Chilling Adventures of Sabrina, helping to bring a new wave of interest in occult style.

Take a pinch of classic goth and mix it up with a dark 90's gothic twist. Think black crop tops, lush long cardigans and leggings, adding a darker tinge to the look with classic black leather (vegan of course!), and plenty of jewellery.

Cult 90's figures from the world of film have naturally helped to inspire the look along the way, and who doesn't want to take a pinch of inspiration from The Craft's Nancy, or Wednesday Addams for their outfit.

Inverted crosses have always been cool, but they've become even more fashionable, an abundance of alternative fashion labels have taken to emblazoning them across their wares this season, alongside pentagrammes and hex symbols. Occult fashion has naturally never been more stylish, and it's in part thanks to alternative brands like Killstar, Disturbia, Dr Faust and Jawbreaker clothing, who have continued to pave the way for the occult look. 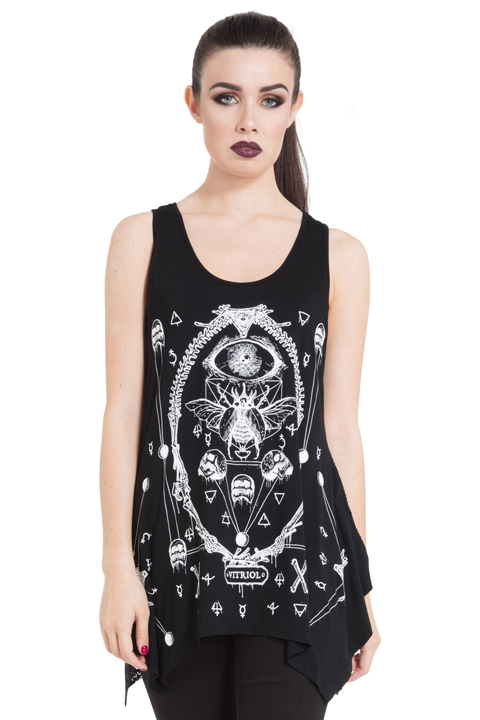 Occult style is certainly everywhere this season, whether it's in the witchy tops and jackets over at Restyle, tie dye tops and occult prints at Disturbia, or the lush frilled tulles and cropped skater dressers at Jawbreaker Clothing. As long as it's black and delightfully dark, you can piece together the perfect occult look this season.

The classic occult look isn't all just about the big labels though. Alternative fashion companies and designers like Hysteria Machine, Exo Umbra, Corvus Corone, and Mantis London, have been designing macabre occult inspired wares for years, and they're certainly ones to visit for some great dark fashion pieces.

It's not just our clothing that's taken a darkly gothic twist, even our jewellery has gone to the dark side. With plenty of occult symbols, beautiful crystals, silver jewellery and pentacles shaping a stylish collection of occult jewellery. Companies and designers like Curiology, Rogue + Wolf, and Mysticum Luna, have been creating some delightfully dark pieces that are just perfect for the occult look.

Whilst you can't beat classic gothic style, you can't ignore the effortlessly stylish darkly goth tinge of an occult look. So why not add some occult style to your alternative wardrobe this summer.