Fetish fashion on the high street.

How mainstream fashion has taken to fetish style, but they still have a long way to go.

Whilst staggering high heels, and latex were once a thing of the fetish scene, in recent years they've made a move across to mainstream fashion. Whether it's coveted designers like Christian Louboutin trying their hands at the iconic ballet heels, or latex and pvc crossing over into high street shops, fetish style has become rather fashionable in the world of mainstream fashion. 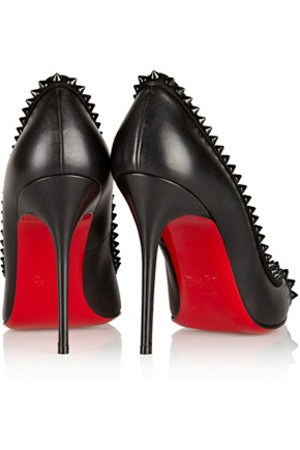 Of course, it's nothing drastically new, fetish adorned as fashion has been diving in and out of mainstream art and music for decades now, with designers like Jean Paul Gaultier and Vivienne Westwood bringing a touch of fetish glamour to the catwalk. But compared to these mere dips into the couture side of the industry, fetish has been taking over the more accessible side of fashion in recent years. With many a high street designer taking a pinch of inspiration from the glamorous world of fetish.

The initial lure of fetish style is unmistakable, with many alternative designers turning towards pin up styled designs, glossy skin tight outfits, and killer high heels to die for, so it's easy to see how those looking in from the outside can be so mesmerized by the glamour of fetish fashion. The shiny allure of fetish style in mainstream culture has certainly helped to leave it's mark in mainstream fashion, with the likes of Lady Gaga, Beyonce, and Rhianna, taking so well to fetish fashion, with the former even having decked herself out in alternative designers like Atsuko Kudo. But when these designs, and styles that are so key to fetish style cross over, they often get misinterpreted, resulting in some incredibly half hearted, and unfortunate results.

The problem with niche styles crossing over in the mainstream is that the designers simply lack the experience needed to work with these specialist fabrics, like latex and pvc, especially on such a mass produced scale, that's often than not resulted in some incredibly confusing, and downright awful designs, that any alternative designer wouldn't dream of attempting. 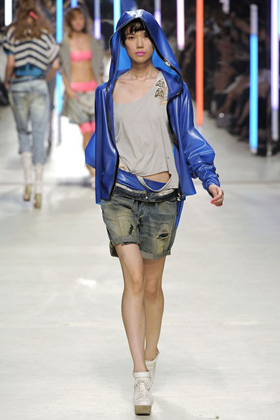 From Topshop's take on latex back in 2010 which saw leisurewear get a latex makeover, to their current season leather culottes (yes, really!) and wet look leggings. But it's not just Topshop that's been taking notes from fetish fashion, other mainstream high shops like New Look and Urban Outfitters have taken to using faux pvc to create wet look clothing that doesn't quite hit the mark.

Of course, not every cross over has been half heartedly attempted, when left in the hands of mainstream and couture designers, fetish style can be recreated beautifully. Designers like Christian Louboutin and Saint Laurent, have taken inspiration from fetish fashion to create designs that any alternative designer would be proud of. But with teams of trained designers at their disposal it's easy to see how they can create fetish inspired fashion so well, unlike their high street counterparts.

Fetish may be dipping in and out of mainstream fashion all the time, but there's no mistaking the craftsmanship from trained alternative designers, besides why would you spend £80 on a pair of leather look trousers when you could buy some slinky latex leggings instead! Perhaps they're best leaving it to professionals who live and breath alternative fashion.