Always at the forefront of cutting edge style, it's no wonder that the world of alternative fashion continues to inspire our favourite designers. This season's London fashion week has once again gone to show that alternative style is at the heart of fashion, as we've seen a kaleidoscope of styles emerging on the catwalks, all with that loveable, roguish charm that we've come to expect from alternative fashion. 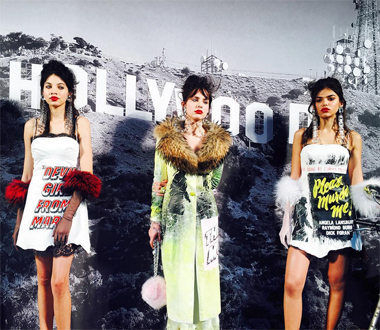 We already gatecrashed the Spring/Summer 2016 shows last autumn and it looks like we're going nowhere fast, as once again London fashion week has been home to a staggering selection of fashion forward, and alternative styled designers. There's a wave of colourful, kitsch and diy inspired styles emerging from the catwalks, including the explosion of kitsch meets fetish styles by Clio Peppiatt, with her fishnet detailing, cheeky heart motifs and wonderful cute rabbit stilettos that could have almost been plucked from the wardrobe of the world's cutest go go dancer.

Other designers following suit with their #socuteithurts style included purveyors of fabulously faux fur goods, Shrimps, whose amazing colourful fur coats wowed us last season. With a collection that saw more of a kawaii vibe, mixing pastel tones with twee prints and even Tim Burton-esque stripes.

DIY style was abundant across the shows, but one particular designer stood out for us, Mimi Wade, with her amazing homage to cult b-movie films. Taking mini dresses, leathers and vintage styled faux furs to bring out the heroine in us all, offset with glamorous 50's style accessories that could have been plucked from the set of a classic b-movie. 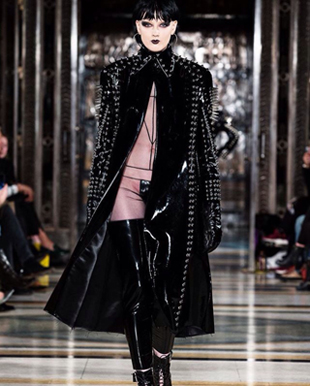 No stranger to alt style, Pam Hogg's amazing mish mash of alt fashion from darkly gothic and fetish, to vibrant and glam, you almost didn't know where to look as her staggering collection was unveiled on the catwalk. We'll all certainly be lusting after that lush studded trench coat next season!

For the us though, the real surprise was seeing the debut show from renowned footwear designer, Charlotte Olympia. We've been lusting over her staggering stilettos and cute cat smoking slippers for a while now, so we couldn't wait to see her newest designs on the catwalk. It was a truly glamorous occasion as all eyes were on the shoes for a change, with a staggering mix of vintage film noir style and 70's glam styled heels on show.

For many more, the real highlight of the show was the triumphant return of Alexander McQueen, the team now behind keeping his iconic vision alive have certainly put on a show, with lush dark gothic styles on the catwalk, from gilded body harnesses to beautifully sheer frocks, setting themselves apart from the rest, and reminding us why we adore the label so much.

Elsewhere across the long weekend of heady shows and sneak previews at next seasons delights, we saw plenty of unique, alternative inspired styles making a return, proving that London fashion week isn't just about the mainstream side of fashion, it's still as much of a platform for emerging, cutting edge designers as ever, we only hope that we can see this trend continuing next season.